Since being exposed to the real Indonesia during high school, Fiona has had a strong interest in the Australia-Indonesia relationship. She has spent a considerable amount of time living, studying and travelling in Indonesia, including throughout Java, in Sulawesi and in Lombok. Fiona first learnt Indonesian in senior school at high school. Fiona currently works on developing her small business Real Indonesia, which aims to connect Australians to authentic travel experiences in Indonesia that support local economic development

Fiona sits on the board of Balai Bahasa Indonesia Perth and co-ordinates the Indonesian Language Ambassador Program (ILAP), which steamed from ideas shared at the 2nd Australia Indonesia Youth Dialogue in Jakarta. The dialogue brought together 60 young Australians and Indonesians to connect, collaborate and develop achievable projects. She is also involved in the Australia Indonesia Youth Association. Fiona loves to mentor students with a similar eye on Indonesia. 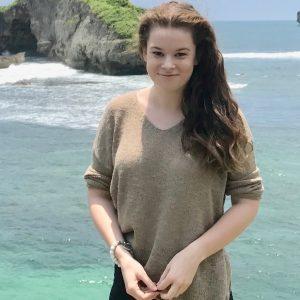 Since beginning Indonesian language studies in junior school, Kelly has always been interested in Indonesia, its language, its people and its culture. She has done multiple exchanges to Surabaya during high school, lived and studied at university in Yogyakarta for six months, and has spent a lot of time travelling to places including Madura, Jakarta, Bali and Malang.

Kelly is currently studying her Master degree in International Affairs and Security at Murdoch University, after completing her undergraduate degree in Indonesian and Security, Terrorism and Counterterrorism studies. Her focus is on the Australia-Indonesia relationship, particularly security efforts between the two countries, and she hopes to return to Indonesia soon as a part of these efforts.

Freshly graduated from Wesley College, Jack quickly became involved with BBIP in 2018 as a language ambassador and as MC of the Michael J in OZ Schools Concert Tour. Here he is talking with students at Scotch College. 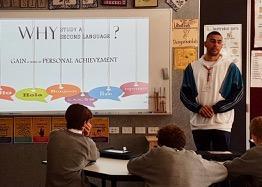 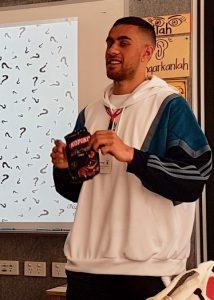 It has been a busy year for Jack  and BBIP is behind him all the way.

If you want students to follow Jack’s lead, contact BBIP (duta@balaibahasaperth.org) to request a visit from a language ambassador.