Leon’s interest in Indonesia goes back about thirty years, both for business and pleasure. He has visited Indonesia more than 50 times. For a time he was importing Indonesian goods for wholesale and retail in Perth. He studied Indonesian at Central TAFE and later graduated from Curtin University with a degree in Indonesian. Leon operates a small contracting business in the building industry and is interested in local government. He remains interested in establishing business ties with Indonesia. About 3 hours away from Perth we have Indonesia with a population of about 270 million. There are issues between Australia and Indonesia; issues can only be resolved in communication. Communication requires language. Leon believes it is arrogant to suggest that only English should be used in communications with Indonesia at various levels. Hence the study of Bahasa Indonesia is important. Leon has joined the Board of BBIP to make a difference, to make a contribution and to give something back.[/learn_more

Since being exposed to the real Indonesia during high school, Fiona has had a strong interest in the Australia-Indonesia relationship. She has spent a considerable amount of time living, studying and travelling in Indonesia, including throughout Java, in Sulawesi and in Lombok. Fiona first learnt Indonesian in senior school at high school and is currently working on developing her small business Real Indonesia, which aims to connect Australians to authentic travel experiences in Indonesia that support local economic development. Fiona has been in the role of Vice Chairperson BBIP for two years.

Sue taught Indonesian language at secondary school for 18 years, before retiring from teaching at the end of 2018. She started her teaching career as an Italian teacher but quickly found that Indonesian was a more relevant language for Australians to learn, and more enjoyable to teach. Sue gained her Indonesian language skills through TAFE, in-country study, teaching to Year 12 level, and through setting up student exchange programs in Bali and East Java. She is passionate about the importance of improving the Australia-Indonesia relationship through people-to-people contact and the study of Indonesian. Time and again she has witnessed how these can change students’ lives, and is proud of her several ex-students who have gone on to study Indonesian at university and participate in ACICIS in-country study. As President of WILTA for 7 years, Sue was involved in the support of Indonesian teachers throughout WA via the provision of professional learning and networking events and exchange opportunities. She was present at the establishment of BBIP in 2009, fulfilled the role of secretary on the BBIP Board for a year, and liaised with BBIP to help organize an Australian teacher group trip to Bali for language classes and the ASILE Conference in 2014. In retirement, Sue is keen to join BBIP again and help to promote Indonesian language and culture in Western Australia.

Vicki Richardson has been a member of the BBIP Board for the past 3 years. She has been passionate about Indonesia and Indonesians since her first visit over 35 years ago.  Vicki taught Bahasa Indonesia for 18 years until retirement 2 years ago. During her teaching career her holidays were primarily in Indonesia travelling through various islands lapping up the culture and making new friendships.  Vicki currently lives between Surabaya, East Java – our sister state – and Western Australia. During her time in Indonesia she volunteers for the East Java Education Department and assists English teachers in the classroom. Vicki promotes the sister state relationship and BBIP in Indonesia and assists BBIP in any manner that she can whilst she is away from WA; for example. organising the Surabaya end of the live stream of the Michael J School Concert in 2018.

Moya is a retired teacher of Indonesian and a language teacher educator who just can’t give up her connections to teaching and Indonesia. BBIP helps Moya to stay involved with dynamic people committed to improving mutual understandings between Australians and Indonesians. Moya has been a member of the BBIP Board for four years, during which time she has managed all Indonesian language classes and has gradually been lured into the web manager role. She enjoys meeting BBIP’s members, students, teachers, assistants and ambassadors and tackling the challenges of learning new IT skills (not always, but frequently enough to keep her hooked).

Robbie Gaspar is a former professional footballer and father of 2 who spent close to 8 years playing professionally in Indonesia. Robbie is now studying a Bachelor of Business majoring in Accounting and Indonesian at Murdoch University. Robbie is the Professional Footballers’ Australia Player Development Manager for Perth Glory, and a consultant to FIFPro Asia. Robbie previously sat on the committee of the Western Australian branch of the Australia-Indonesia Business Council (AIBC) for 4 years. Robbie is extremely passionate about Indonesia-Australia relations and using sport and language as a means to further improve the relations. He continues to go into schools regularly and encourage students to continue or take up the learning Indonesian. When the opportunity arose to nominate for a position on the board of the BBIP, he jumped at the chance to do so and would love the opportunity to be a part of the BBIP.

After wanting to pursue a new hobby and meet like-minded people, Bruno joined Balai Bahasa in February 2019 as a beginner. Thinking and hoping his accounting skills and enthusiasm for his new pastime could be of some benefit, he became Treasurer of Balai Bahasa soon after joining. Bruno has a Masters degree in Accounting from the University of Western Australia and is a Registered Tax Agent with the Tax Practitioners Board. He was a political analyst in a past life and was even published in the Jakarta Post back in 2011…Some things were just meant to be! Aside from learning Bahasa Indonesia, Bruno enjoys dining out, spending time with his fiancee, watching UFC and travelling (the only part of Indonesia he has seen so far is Bali, but he is aching to see other areas and testing his Bahasa Indonesia!) 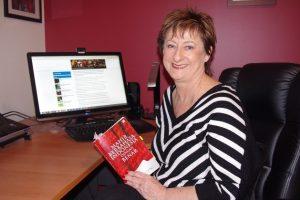 Karen taught Indonesian to students in Western Australian schools for over twenty years. A former President of WILTA from 1996-2006, she has been involved in many projects which have enhanced professional development opportunities for teachers of Indonesian and created closer links with teachers and organisations in Australia and Indonesia. Karen has always believed strongly in the place of in-country learning in improving student outcomes in second language learning and organised her first school-based study tours for her students to Yogyakarta in 1997. She has since also led several in-country study tours for teachers of Indonesian and school leaders. After retiring as WILTA President in 2006 Karen became founder of the Balai Bahasa Indonesia Perth (Inc), established in 2008 in cooperation with WILTA, the Indonesian Embassy in Canberra and the Consulate General of Indonesia in WA. During 2009, Karen was awarded an Endeavour Executive Award from the Australian Federal Government and undertook work experience at the Pusat Bahasa (now called Badan Pengembangan dan Pembinaan Bahasa), the institution in Jakarta responsible for designing and regulating the growth of the Indonesian language in Indonesia. This experience consolidated Karen’s interest in the teaching and learning of Indonesian in Australia and Indonesia. In June 2013 Karen was awarded the Medal of the Order of Australia in the Queen’s birthday honours list for service to education, particularly through the promotion of Indonesian language and culture. Karen retired from the Department of Education in 2015 after 35 years teaching and now consults in the area of Indonesian language education and devotes much of her time to Balai Bahasa Indonesia Perth.

What is BBIP all about?