Meet Is Yuniarto, an artist and graphic novel creator from Surabaya, East Java, Indonesia. Is’s career took off in 2005 after his first comic book, Wind Rider, grabbed the attention of Indonesian comic lovers amid the popularity of translated Western and Japanese comic books in Indonesia. Wind Rider, which scored a Best Comic nomination at the Komikasia Awards, simply flew off the shelves. To date, it has sold 17,00 copies and been reprinted three times. 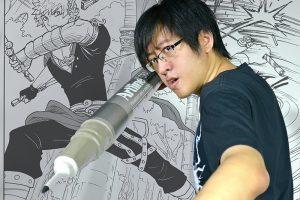 Another of his comic books, Garudayana which can be read online for free, revolves around the adventures of treasure hunter Kinara and legendary Garuda egg in the realm of Arcapada. The tale features characters in wayang (Javanese shadow puppets), such as four panokawan (clown servants): Semar, Petruk, Gareng and Bagong. The main character, the red-haired Kinara, dons a green jarik (traditional Javanese cloth) and black kemben (breast cloth) with arm rings around her biceps.

“[Garudayana] is based on the Mahabharata epic, which originated in India but has existed in Indonesia for centuries,” Is said, adding that the story of Garudayana was not finished yet, and so far he had made six volumes of it. His admiration for wayang, which UNESCO included in the Representative List of the Intangible Cultural Heritage of Humanity in 2003, is a force behind his work.

After learning that Indonesia is home to die-hard fans of Marvel Comics, Is teamed up with wayang makers in Surakarta, Central Java, to make wayang depicting the members of the Avengers, from Iron Man, Captain America and Doctor Strange to Nebula, the Hulk and Captain Marvel. 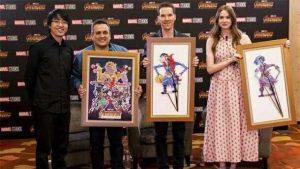 For Is, all characters in wayang are unique and interesting. He does not care if some people think that it is old-fashioned. “Through the comic books I make, my mission is simply to introduce characters in wayang to the young generation,” said the graduate of Surabaya-based Petra University. “For me, turning blank paper into comic panels that can make readers laugh, sad and angry is a magical process,” he said.
Adapted from The Jakarta Post, 3 May 2019. 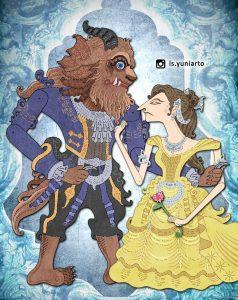 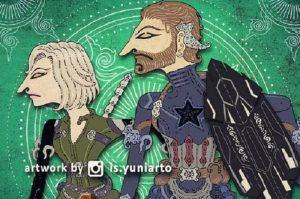 More about Is Yuniarto and his art.